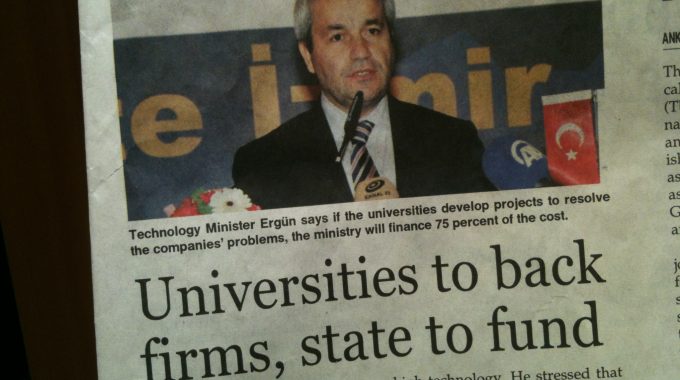 On the 12th and 13th of March I attended the Workshop on Innovation Union organised by TAIEX in collaboration with the Turkish Ministry of Science, Industry and Technology in Ankara as an invited expert. It was interesting to see the different activities that are occurring in respect to technology transfer from within Turkey and also in Europe. Key messages of the forum include: (i) that Europe needs to focus more on R&D and university-business collaboration as a way of staying competitive and developing the knowledge society with a target of 3% of GDP to be spent, (ii) that Europe is lagging behind in a number of areas related to the conversion of research into benefit for society and cooperation between universities and business, (iii) that the European Commission through the Horizon 2020 program (specifically ‘Innovative Union’) has specifically funding addressing these areas, (iv) that there exists a number of barriers to this including the cultural differences between universities and business, bureaucracy, funding and fragmented IP management, and (v) that relationships between academics / researchers and business are a key driver for collaboration and need to be fostered,

More detailed notes of the forum are as follows:

By: Todd Davey – UIIN Director for Strategy and Performance