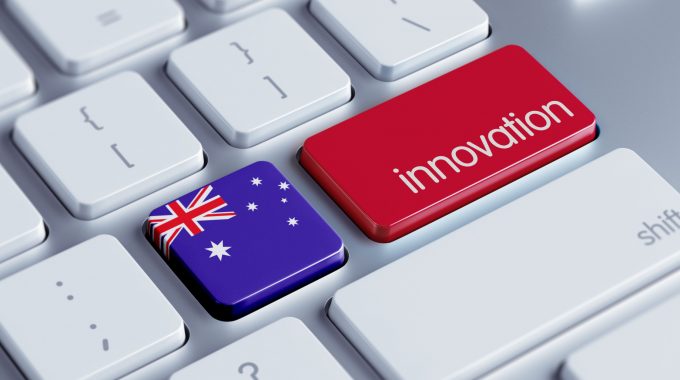 Elizabeth’s career has spanned three decades of business, research and art practice. She has a deep and abiding interest in the process of innovation, creativity and discovery. She is a strong leader and a passionate visionary. Dr. Eastland is currently guiding CSIRO’s strategic direction, understanding and defining CSIRO’s national and global market roadmaps, and leading CSIRO’s Innovation and Entrepreneurial Programme. Previously, she founded and headed up iAccelerate, raising $16.5M from the state government to build iAccelerate Centre, holding 280 entrepreneurs. She also initiated several support programmes for female entrepreneurs. Elizabeth has a multidisciplinary education: a BA in Computer Science and Creative Writing, a Bach 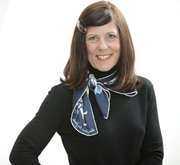 elor of Fine Art, an Executive MBA, and a PhD in Film and Digital Art.

From her current position as a General Manager, Strategy, Market Vision and Innovation at CSIRO, Elizabeth in this interview shares her view of the Australian university-business engagement and innovation.

Elizabeth, which are the current trends in the university and business sectors in Australia?

In the last one or two decades, universities in Australia have become one of our most prominent services industries and one of largest export industries due to both research and education excellence. A lot of international students come to learn from our universities, and we are very strong and well-known for our research internationally, and well-positioned in research rankings.

However, Australian industry has not always fully benefited from the research and technology from our universities. Over the last 20 years, Australia has benefited from a great minerals and resources boom instead, which has fueled the economy despite the global financial crisis. Now, as the resources boom diminishes, the government and the society need to look other industries and home-grown industries that can contribute a higher percentage to the economy.

The fact that Australia has one of the lowest research-industry engagement rates in the OECD countries is actually a real problem. Therefore, the current and previous governments have been increasingly encouraging universities and CSIRO to be more proactively engaged with industry. There are numerous business research grant schemes at the state and federal levels that require this engagement, and more recently, the Innovation and Science Agenda makes a much stronger push. This government sees that new industries will come from research and innovation, which is getting back to Porter’s theory of clusters of innovation and economic growth.

What is the role of CSIRO in the Australian innovation ecosystem?

CSIRO has been around for a hundred years in order to direct national science efforts towards increasing Australia’s productivity and helping Australia prosper. That prosperity can be both to direct industry gains but also gains for public good, such as water systems, food security or good infrastructure. We are a national footprint and we are both a partner for industry and for universities, acting as an innovation catalyst. With 56 locations, we sponsor over a thousand PhD students a year, we co-supervise them with our university partners, and we have a large amount of patents.

CSIRO is taking a more external view and has launched several programmes to do that. One of them is ON, a 16- week acceleration programme to accelerate innovative ideas from research into the market place, whether that is commercialised through licensing, assignment or spinning a company out. It is based on the lean start-up principle, the customer discovery, and the business model exploration. It has been funded both internally from CSIRO but also from the National Innovation and Science Agenda. We launched the programme a year ago internally within CSIRO to test it and due to the successful results, last year we invited all universities to participate which they gain access to free of charge. We have twenty-two universities, and one publicly funded research agency engaged so far.

That is one of the four main initiatives that CSIRO takes to better catalyse the research-business relationships and to start new industries in Australia. Other programmes are related to improving the cooperation with universities and with businesses, and a global initiative that includes the opening of a new US office in Silicon Valley to deeply engage with the innovation ecosystem there.

Which are the main barriers that universities and industry face for their collaboration?

I do not think it is unique to Australia, but I think that industry might expect universities to run more like a business, where there is a clear entry point. You could call a number and ask somebody and you’ll get somewhere, but research organisations, by virtue of their porous nature, are generally poor at this. They have many interfaces with the external world, many different kind of relationships with business. For example there are students who go to work for businesses, businesses that fund research, staff who jointly lecture at universities but also have a permanent position in industry, etc. Because universities by their nature are exploring so many different things and individual researchers are essentially autonomous in their exploration of their own research field, each academic might have a different relation with national or international industry partners aligned with their research interests. I think it’s often very hard for industry to know where to go within a university to get an answer to a question so it is bewildering for a company and particularly for a small business.

In Australia, apart from a few big players in certain sectors, we are dominated by small and medium-sized businesses. Most of the employment grows within small businesses, but they are a very cash strapped to grow, and time-poor, and don’t know how to easily engage with universities. I think both universities and CSIRO need to reach out a lot more and make it easy for the business sectors to know how to engage.

Also, universities are often accused of over-valuing their intellectual property. Very often the university research is at early stages, far from being ready to be massed produced on the market, and thus involving high risk and effort to take to the market. However, because research is generally oriented to solving national problems, and tends to be more applied that universities.

Universities in Australia also have a key role for regional innovation, like the case of the University of Wollongong, in which development you were highly involved. What would you highlight of that contribution?

I think regional universities can and do have a huge economic value to add to their local region. In the case of the University of Wollongong, in founding and launching iAccelerate, I felt very strongly that it was an obligation to contribute to the local industrial sector. The university was actually established to assist the regional steel industry, so it grew out of metallurgy culture to help by graduating great metallurgy engineers. Because of these roots, the university increased its pure research capabilities in environmental sciences, geographical sciences, geo-mapping, etc. and became a world class research university. In the last couple of decades, the local steel industry was suffering and unemployment became an issue.

I felt that we lived in a community, one that needed help, and our students were graduating with superb degrees but had to go elsewhere to find jobs. I felt that we owed our students the capabilities to start their own businesses; as well, the Illawarra is populated with SMEs that have excellent technology capabilities, but that were supplying a dying steel industry. That is the origin of iAccelerate, which gave the region the framework to launch new ideas effectively, and we made very clear that their company had to be committed to grow in the region, and to contribute to it. This caused some alumni to come back into the region to start their own companies. iAccelerate provided them with the lean start-up principles, and everything that a small and early-stage company would need to know to set up: legal, governance, intellectual property protection, marketing, business model analysis, commercialization capabilities, etc.

Finally, how to do see the future of innovation and university-industry engagement in Australia?

I see the landscape changing very positively and I think it’s going in the right direction. It is terribly exciting to see how innovators and researchers are now thinking. I think that all universities are recognizing that students will graduate into an entirely different ecosystem than their parents did, and that the average life-time of a company on a stock market has been reduced significantly over the last number of years. Therefore, universities will have to arm their students with the capabilities to be entrepreneurs themselves and be prepared for a different world. Currently, many universities are introducing entrepreneurship and business courses and I think that they are also encouraging the staff, by virtue of starting their commercialization procedures in an easier way. Also, there’s a current discussion among vice-chancellors in which they are showing a real commitment to contribute not only to education and pure research, but to the innovative capacity of education and applied research in Australia.

Dr. Victoria Galán-Muros is an active professional with international experience in the areas of university-business cooperation, higher education and innovation from different perspectives. As a senior consultant, currently an associate at Technopolis Group UK, has worked with universities and governments in 14 countries, organised workshops in 13 countries and participated in 11 government funded projects. She is the scientific manager of the two largest studies of university-business cooperation in Europe, for DG Education and Culture.