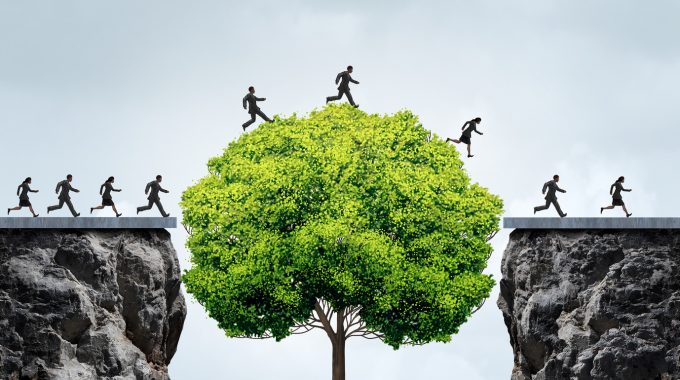 Universities today are under more pressure than ever to collaborate with industry. In the words of Prime Minister Malcolm Turnbull: “Increasing collaboration between businesses, universities and the research sector is absolutely critical for our businesses to remain competitive.” Australia has a poor report card when it comes to university-business collaboration. It ranks last among the OECD countries when comparing the proportion of businesses working with universities. But this is not all. Australia ranks only 72nd in the world on the Innovation Efficiency Ratio, a measure comparing innovation inputs to outputs. And we have one of the lowest number of scientific publications co-authored by industry in the OECD. There is a clear impetus for change. A change towards more academic collaboration with industry.

Why are there such low levels of collaboration?

A popular belief is that researchers are focused on publishing their work in academic journals, and not interested in collaboration with industry. At a press conference on science and innovation, Turnbull said: … the primary motivator has been to publish and make sure your publications are cited in lots of other publications, hence the term “publish or perish”.

Publications are, and will continue to be, critical for the advancement of knowledge and for the reputation of academics and universities alike. But does that mean academics aren’t interested in working with business?

The academic engagement with end users survey was designed to capture the perceptions and attitudes of academics when it comes to engaging with business, government or non-profit organisations.

The survey (which has not been published publicly due to confidentiality reasons) sampled 20% of the total academic employees across three universities in South Australia. The sample size of 852 academics is large enough to tell us something about the Australian, not just South Australian, academic.

Academics not motivated by money

It is not money that makes a difference. Only 25% indicated that the opportunity to increase their personal income motivated them to engage.

We often think that there are just too many barriers to engagement. These barriers range from difficulty in agreeing on Intellectual Property (IP), to mismatches in culture, to a lack of personal contacts with industry, and so on.

But are these barriers really inhibiting engagement?

Few academics in the survey agreed. Only 15% of respondents agreed that their research was too far removed from the end users. 16% agreed that end user engagement doesn’t help achieve their career goals.

Just under one third of respondents agreed that engaging with end users is difficult, that they don’t have relevant skills, or personal contacts or that it would detract them from undertaking other research.

In the eyes of the academics responding to the survey, they need: Time, support and an environment encouraging of engagement.

Time to dedicate to the networking and relationship building that will lead to successful collaboration. It is relationships, not just single transactions, that breed success. These relationships are integral to research and teaching; integral to the university’s role in society. Yet building relationships takes time.

Support mechanisms are significant enablers. While important for all, they are crucial for newcomers. 80% of the respondents who had not previously engaged with business desire it.

The support comprises staff dedicated to assist in finding endusers, help define applications, facilitate networking and conduct project management. By supporting academics behind the scenes, they enable them to focus on what they are good at – working with their business partners on achieving the desired outcomes.

The research suggests that we need to shift our thinking on this topic, away from extrinsic motivators such as money, and towards a focus on what intrinsically motivates academics to engage, such as impact.

The conversation must move away from “overcoming barriers”, which in the eyes of most academics don’t actually exist. We are wasting time dreaming up solutions to problems that don’t exist.

‘It takes three to tango’

Not every academic will engage closely with industry, nor do we want every academic to engage. We need to establish the ecosystem in which engagement is easy and rewarding.

Not all academics will want to tango with business; tango is close, intense and full of twists and turns. Yet many want to line dance, foxtrot, or quickstep. They want to engage in different ways.

The Australian government needs to consider the policy framework that enables academics to engage in a way that is best for them and their partners through the provision of time, support, encouragement and recognition.

This article was originally published in ‘The conversation’.

A/Prof Carolin Plewa is Deputy Director of the ECIC, Associate Professor in Marketing and a research member of IPAS at The University of Adelaide. She specialises in the interaction and value co-creation across a myriad of organisations and individuals, with a particular emphasis on university-business collaboration, as well as service and social contexts. Her research on university-business engagement, in particular, has led to her appointment to the South Australian Science Council in 2015 and to the scientific board of the UIIN. Carolin has received a number of competitive research grants and has published her research in highly regarded international journals.

A/Prof Drew Evans is a research leader in advanced manufacturing within the Future Industries Institute. He has over a decade’s worth of experience working at the interface between universities and business. His team adds value to manufacturing businesses by undertaking fundamental and translational research of the materials/processes behind new product commercialisation. Drew was appointed to the South Australian Premier’s Research and Industry Council in 2014 which evolved into the South Australian Science Council in 2015, and in 2016 became an executive member of the EMCR Forum under the Australian Academy of Science.