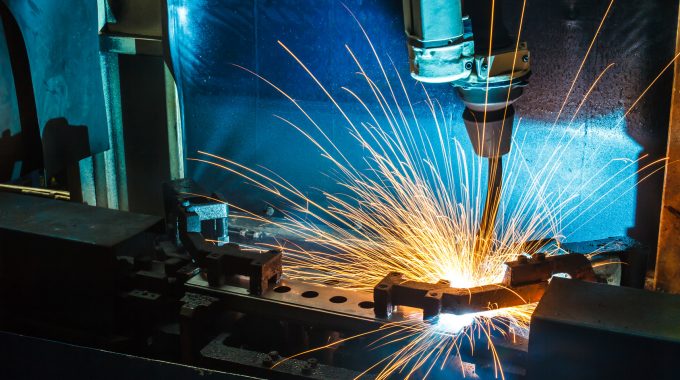 Technological innovations in machinery, logistics, and global manufacturing in the 20th century have led to drastic changes in the textile industry around the world. Existing business model became irrelevant to most small firms, and entire regions faced an economic downfall because of this. With its large textile industry, the United States became one of the countries hurting the most from this disruptive change. The majority of the plants were closed, particularly in the states of North Carolina, South Carolina and Georgia by 2000s, a time that marked the end of the textile era for those regions. Communities were left behind with no jobs, and skills that did not fit with the needs of the new labour market. However, today Greenville in the Upstate region in South Carolina, with a population of just over half a million ranks 11th in the most export-intensive metropolitans’ listings in the United States.

While rejuvenating the economies after the demise of the textile industry was not going to be easy, the state of South Carolina chose to confront the change and took the leap to redefine the strengths of the Upstate region, housing the cities of Greenville and Spartanburg. As part of the regional economic development strategy, first, foreign-based firms were pursued to establish their production plants in the Greenville-Spartanburg area. After their settlement, transition activities were consolidated with various Foreign Direct Investment (FDI) programs along with workforce development initiatives designed in alignment with the human resource needs of these industrial anchors.

This is the context in which a global best practice on university-business cooperation, Clemson University International Center for Automotive Research (CU-ICAR) found a platform to flourish.

After the German giant BMW took the decision to launch its first full offshore manufacturing plant in Spartanburg in 1994 – which later has grown to become the largest BMW plant in the world with a record production of more than 400,000 vehicles in 2016 – the discussions started with the Clemson University to train skilled technical workforce. This meant engineers with advanced automotive degrees for the future operations of BMW and the capacity building for the local suppliers. CU-ICAR was born as a result of this partnership, a project that has been realized over the course of a decade.

Opening to business in the year 2007, CU-ICAR today is a cutting-edge education facility and an industrial scale-lab, pursuing their vision to become the “premier automotive and motorsports research, innovation and educational facility in the world”. The centre has developed close partnerships with numerous other major corporate companies, such as Microsoft, IBM, Bosch, Timken Company, and Michelin, a network of organisations that help boost the synergy and innovation through joint initiatives. The growth of industry partners and student base of the graduate program have had immense regional impact on the Greenville community through job creation and attraction of number of industries into the region. CU-ICAR has created 720 on-site jobs and announced an additional 720 jobs. According to South Carolina state records, in 2012 unemployment rates dropped to 9,4% from 10,5% in 2011, in part explained by the growing concentration of automobile industries.

Hosting the nation’s only graduate Department of Automotive Engineering, CU-ICAR attracts students and employers with Deep Orange, a two-year vehicle prototype project. This 24-month program adopts an “engineering studio” approach to immerse students in a hands-on product development cycle, from the design stage to production. Throughout the process, CU-ICAR students work in close cooperation with carmakers and car-part suppliers, among which are Toyota, BMW Group, and Michelin. To CU-ICAR, vehicles are more than mere tools of transportation: The design of the prototypes are developed together with Transportation System and Design Department at Art Center College of Design in Pasadena, CA, to ensure relevance among young customers.  As of 2017, the teams work on three concurrent projects; Deep Orange 7 – The challenge: MINI Reinvented, Deep Orange 8 – Autonomous Mobility Motionboard, and Deep Orange 9 – Next Generation Rallycross vehicle, a project that currently seeks industry partners and sponsors.

Want to learn more about CU-ICAR and how they have made shift from decline to growth? Visit www.ub-cooperation.eu and access the full case study.