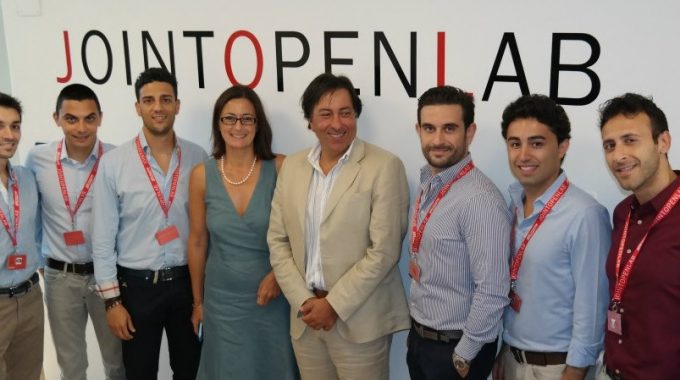 The collaboration between Telecom Italia (TIM) and Italian universities represents an ideal UBC environment where all collaborating parties are given ample opportunities to learn from each other. This reciprocal pathway of learning is mainly achieved through Joint Open Labs (JOLs), the private company sites that are established at the heart of the collaborating university campuses. With the motto “co-location for co-creation” TIM jointly works with its university partners from idea generation to commercialization.

The collaboration in brief

The telecoms industry is arguably one of the fastest changing industries in today’s increasingly digital world. The pace of change has been especially dramatic since the early 2000’s, forcing TIM and other technology-based companies to rethink their approach to research and innovation. This shift has generally been from a traditional approach in which research and development activities are restricted to one department, to a more agile and inclusive approach that is open to customers, universities, regional governments and other companies. It is in this context that the collaboration of TIM with several Italian universities emerged.

The primary aim of TIM was to considerably reduce the lead time of its new products and services by utilizing the innovation capabilities and complementarities existing between its researchers and university students and academic staff. Central to the achievement of this goal is the establishment of JOLs within university campuses. The co-location of JOLs with other academic departments and research units is designed to allow very natural and spontaneous interactions between academia and industry. While this platform gives academic researchers and students the opportunity to explore and understand the true impact of their ideas and research, it contributes to TIM’s drive to remain competitive and innovative.

Another important factor in relation to keeping pace with the digital economy is the quick prototyping and field testing culture built at JOLs. Rather than spending a lot of time and effort to produce a close to final version of new products and services, at JOLs the innovative ideas of students and researchers can be quickly transformed into prototypes which are then tested and evaluated by customers. Based on this real-time customer interaction and feedback the new idea will be refined iteratively.

The impact of the collaboration so far

As of September 2016, TIM had established JOLs in five Italian universities and polytechnics with very promising outcomes. Apart from 10+ commercial ideas that have been fully developed, TIM has filed close to 30 applications for patents linked to JOLs. The number of collaborating institutions and individuals in various TIM programs, including workshops, seminars, and idea challenges, is also growing. What is more, TIM uses the opportunity to recruit young talent with 50 participants in JOLs securing employment with the organisation. Last, but far from least, in excess of 60 PhD’s have been completed as part of the collaboration. Unsurprisingly, these results have inspired other Italian universities and companies to implement similar open innovation models.