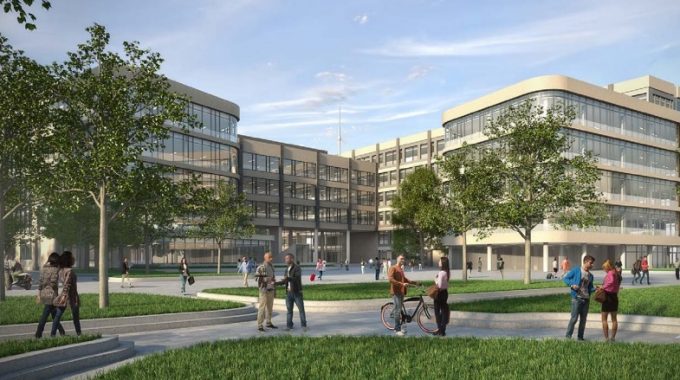 The conversion of research outputs into tools and processes that are readily applicable in the public and/or private arena has become an increasing area of concentration for higher education policy makers. Reflecting that, the number of national and supranational funding programmes specifically earmarked for research valorisation has risen. In Ireland, The Technology Transfer Strengthening Initiative (TTSI) is one of such programmes that aims to bolster the commercialization capacity of higher education institutions (HEIs), institutes of technologies and research centres.

Ever since its first launch in 2007, TTSI has significantly contributed to the strengthening of the entrepreneurial eco-system in Ireland by capacitating universities technology transfer offices. One of the remarkable examples of this initiative is the establishment of “Hothouse”, a commercialization and entrepreneurship centre within the Dublin Institute of Technology (DIT). Hothouse was established to replace the industry engagement office refocusing and revitalising the institute in terms of nurturing technology-based start-ups and the valorisation of its researchers’ outputs.

The support provided at Hothouse is structure around two major sets of programmes: New Frontiers Enterprising Support and Technology Commercialization.

The New Frontiers Enterprising Support programme is launched to find and nurture technology-based high-risk high-potential ventures that could have a disruptive impact. The programme targets 25-35 year olds with a strong desire to start a new venture and 30 prospective are entrepreneurs accepted twice a year. After 10 weeks of ideas evaluation the feasibility, convinced entrepreneurs will proceed to phase two, which includes a number of workshops, clinics with external mentors, and venture panels. Entrepreneurs are also supported in finding companies, venture capitalists or business angels that could potentially invest in their ideas. According to director of the institute, Tom Flanagan, close to 70% of the participating entrepreneurs, attract investment during the programme, which is matched by Entreprise Ireland funding.

The Technology Commercialisation programme of Hothouse focuses on identifying and nurturing research outputs with a commercial value. In addition to undertaking a technology audit, Hothouse uses techniques like inventors competition to attract patentable and/or licensable ideas from DTI staff and students. Once the ideas are identified, the inventors are presented with a number of ways commercialization options. These range from licensing part or all of their invention to an existing business, to creating a spin-off company, either alone or with an entrepreneur. Hothouse offers them legal, marketing and network support no matter which options they choose. Researcher will own 70% of the IP generated in these cases. Sometimes researchers also undertake research or consultancy contracts with companies through which the company will pay for the total cost of the project and own the IP developed during the collaboration.

The diverse range of initiative and activities performed during the past decade has allowed Hothouse to position as one of the prominent facilitators of technological start-ups in Ireland, even outperforming some of the oldest and largest universities. Putting this in to numbers, Hothouse has thus far facilitated the launch of nearly 400 sustainable businesses that have attracted over €200 million in equity investment, as well as producing 114 license agreements, which represents 10% to 20% of all technology transfer licenses in Ireland. In addition, the programme has supported the generation of 390 qualified inventions, 30 spinouts and 72 patent applications. These start-ups and commercialization have resulted in the creation of approximately 1,700 jobs for the local community.

Some of the start-ups have also transitioned in to multi-million companies. One notable example is a semi-conductor company called Movidius, which was bought by Intel for a staggering €322m. These remarkable achievements have allowed Hothouse to collect a number of prestigious awards including Irish Times Innovation Award for Creative Industries in 2016 and the Knowledge Transfer Initiative Award in April 2018.

Transferring the success of Hothouse to other regions calls for an understanding some of the key features that make it unique. In this regard, a holistic understanding of the entrepreneurial and commercialisation eco-system, a simple, transparent and systematic way of operation built around its core competency, an efficient stakeholder management, a flexible and responsive approach geared towards the prospective entrepreneurs, a strong leader and a team of enthusiastic staff could be mentioned. Externally, the generally conducive national and institutional business climate in Ireland is another supporting factor.

Would you like to learn more about the DIT approach to entrepreneurship and technology commercialisation? Please find the original case study report here.

©all rights on images used in this article belong to DIT Hothouse.