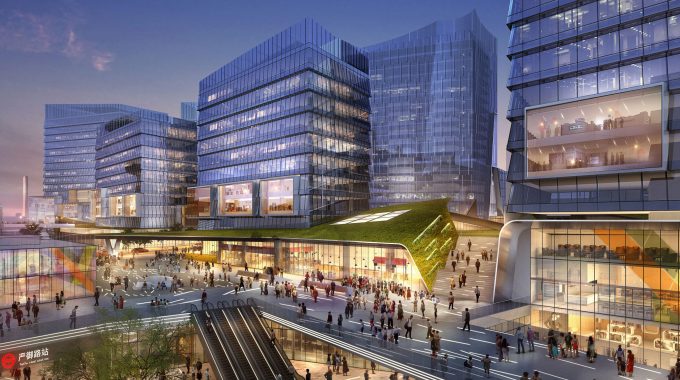 If you ask nearly any CEO or mayor what their company or city’s greatest asset is, “people” is the word that most offer first. When people are skilled and engaged, they fuel continued growth, innovation, and wealth.  Leaders therefore recognize that keeping the best talent can mean the difference between leading at the cutting edge and slipping into irrelevance. The globalized economy has given rise to more fluid flows of people, and today the world’s most influential companies and, by extension, the cities they are concentrated in compete for largely the same pools of workers and residents. The usual suspects like Silicon Valley, New York, and London continue to be enmeshed in that fierce competition, but a crop of emerging innovative cities are outpacing the rate of growth of these more established centers, and many of them are in China.

In a 2015 report published by real estate think tank Jones Lang LaSalle (JLL), five Chinese cities – Shanghai, Beijing, Shenzhen, Chongqing, and Wuhan – are named to the list of the top ten most dynamic cities in the world, joining London, San Jose, San Francisco, Boston, and Ho Chi Minh City.  With half of these powerhouse cities concentrated in the world’s second largest economy, it is likely that their growth and influence will continue to accelerate.  The dynamism of these cities stems not simply from sheer GDP growth, but from the speed of innovation. Startups and global conglomerates alike have recognized China as a burgeoning nucleus of the global innovation economy, and are investing heavily in its urban centers.

What has become evident when studying innovation districts in China is that they do not emulate the Silicon Valley approach and its urban design ethos (or lack thereof) to capture similar successes. To the contrary, China’s unique urbanity, concentrated density, and efficient transportation connections via a robust nationwide via high-speed rail network provides definitive advantages over Silicon Valley’s suburban, car-reliant, isolated experiences. In a recent New York Times Op-ed, one outspoken critic of Silicon Valley’s sprawl posed the critical question: “with so many studies touting the benefits of walkable, bike-able and transit-accessible environments, why are we designing in such a way that makes long, painful commutes inevitable?” But on the other side of the world, China has a rare opportunity to build urban, livable, and lively innovation hubs. China will no doubt borrow successful elements from many thriving tech districts around the world, but in doing so they will also create distinctly urban, culturally relevant, authentic districts that do not need to copy and paste to thrive.

Do you want to learn how China’s thirst for new urban design ideas illustrates the country’s ability to “learn from failure”, how collaboration between universities and home-grown companies are fueling growth, and how innovation goes far beyond traditional tech there? Continue reading the article in full for free in University Industry Innovation Magazine 2018 Issue 1 on p. 16.

Michael Grove is the Chair of Landscape Architecture and sits on the Board of Directors at Sasaki, a global design firm with offices in Boston and Shanghai. Michael collaborates with planners, urban designers, and ecologists to restore damaged ecosystems, integrate cultural influences, and balance social equity with economic development.

©all rights on images used in this article belong to Sasaki