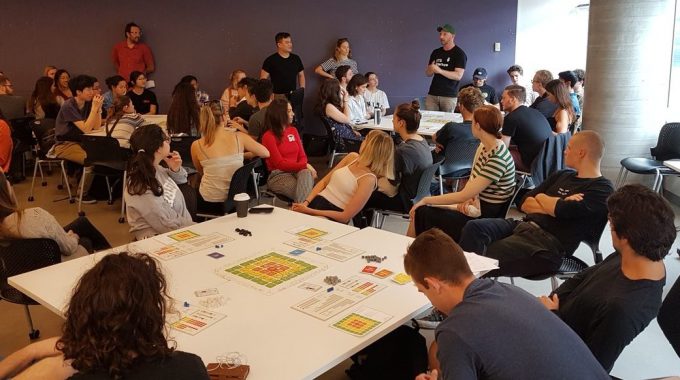 Many students want to become entrepreneurs and start start-ups while they are still at university. Internationally, nearly 50% of people are willing to take the risk of starting a business (Amway, 2018). At my own university, about 40% of students are actively planning to develop entrepreneurial capabilities.

Headline grabbing stories of students launching million dollar start-ups are always good inspiration for others to follow a similar path.

For some students, the term ‘entrepreneur’ is actually a turn-off. Yet, they recognise that entrepreneurial capabilities are extremely valuable if they anticipate becoming an independent professional, like a like designer, photographer, lawyer, accountant, etc.

Another group of students are more interested in the prospect of being a highly sought after intrepreneur in a corporate environment, where that ability to take initiative makes you stand out over your peers. From this perspective, these are known as #futureofwork capabilities (see also WEF, 2016).

More generally than these groups, Millennials are also known for wanting meaningful options, which could mean having a day job, but also hedging bets with a side-hustle, pet project or other part-time entrepreneurial initiative.

Lastly, fear is a driver towards learning entrepreneurship. There is an increasing anxiety that future generations will have a life of jobs instead of a job for life. That uncertainty of future career paths is directly analogous to the uncertainty that entrepreneurs face as they figure out their customers, suppliers, business model, etc.

How to develop entrepreneurial capabilities?

Historically, the answer was to look outside uni for support. The temptation to skip or leave university is high when you can get an education in entrepreneurship AND get paid for it. That’s effectively what many accelerators do. They recruit novices into an intensive program, shower them with mentoring, facilitated peer-learning and some seed funding in hopes of creating the next Canva or Atlassian. It is unsurprising then to hear media outlets describe accelerators as “The biggest professional-training system you have never heard of” (The Economist, 2014) or the “new business school” for entrepreneurs (TechCrunch, 2015).

These high hopes are part of the reason that the accelerator industry is expanding at a remarkable rate. We have seen nearly 40% CAGR in the sector from 2007-2017, as shown in our latest graph of the industry.

The challenge with accelerators is that they are a brutally expensive way to educate a relatively small cohort.

Accelerators are not the only way to learn entrepreneurship. A similarly explosive growth of entrepreneurship programs is occurring on-campus (alt link). For example, at UTS, our internal review in 2017 identified over 80 different innovation, entrepreneurship and design classes taken by more than 5,000 students. Over the entire duration of a student’s degree this means that approximately one-third of all students will take such classes. In addition to the many individual classes, students are increasingly opting for complete degrees, including the MBAe, Bachelors in Creative Intelligence and Innovation, Bachelor of Technology and Innovation, Diploma in Innovation, and Bachelors of Entrepreneurship (Honours).

Adding to this is a breadth of new extra-curricular options, such as UTS Startups. The options are almost overwhelming, prompting the need for a visual directory of all 80+ offerings across all faculties.

For the purposes of estimating how much more need there is for entrepreneurship education programs, including accelerators and pre-accelerators, let us limit our focus on students and universities. Universities Australia (2017) reports approximately four programs per university, featuring only selective offerings per university. If we use the systematic review of entrepreneurship education by Maritz at el. (2015) as a more accurate representation across all Australian universities, one of their findings says “Australian universities offer 307 subjects about entrepreneurship and 277 subjects related to entrepreneurship.” So, about 15 programs per university. Multiplying this 15 by an estimated 50 students per program, we get close to 30,000 students. Sure, this is much more than the number of start-up founders reported in Australia’s national survey of startups (Startup Muster, 2018), but this is a (2.2%) tiny drop in the bucket in comparison to the 1,300,000 students enrolled at our 40 universities.

Clearly, there is more room to grow entrepreneurship education programs, possibly also in primary and secondary education for a smoother transition into an uncertain future.

Post-script: Here is the list of accelerators in Australia (perpetually out of date, as at October 2018).