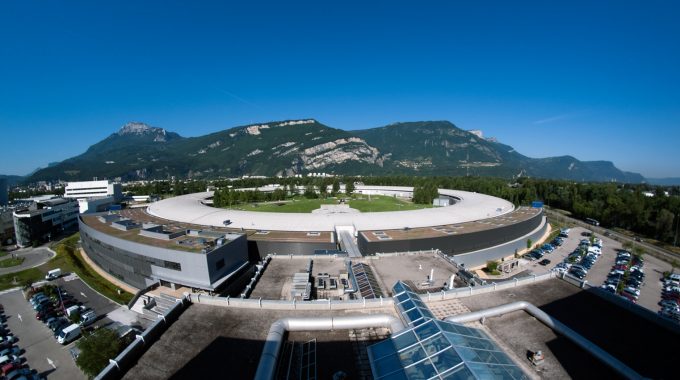 UIIN – Lehigh University Iacocca Scholars Mustaffa Said and Reesha Patel have recently had the opportunity to visit the European Synchrotron Research Facility (ESRF) located in Grenoble, France and observe the work in the premises first hand. In an afternoon interview, Gary Admans, a Business Development Engineer at the ESRF has shared with our scholars his insights into the success factors and the vision of the institution for the future.

As we move towards the future, the impact of technology is exponentially growing. Technology is contributing to breaking down traditional borders and encouraging collaboration across the globe. With integration comes a need for collaboration to produce the best results in every industry. The sprawling city of Grenoble, France, tucked into the foot of the French Alps, is leading this effort by bringing the world together to spark creativity and innovation.

More than a regional innovation hub

Not only is Grenoble known as the Capital of the Alps but it is also becoming an international hub for innovation and research. There are various actors in on making that happen and one of these important players is the ESRF. The ESRF, otherwise known as the European Synchrotron, is a world-class facility bringing together researchers from around the world to carry out the most advanced experiments with brilliant x-rays. What started as a facility serving 11 European Countries has expanded to 22 worldwide countries, encouraging international development and collaboration. The main objectives of the ESRF was originally to serve the European community using X-rays. It has local participation from The French Alternative Energies and Atomic Energy Commission (CEA), who have expertise in microelectronics and nanotechnology. The ESRF and the CEA are encompassed by the GIANT innovation campus which itself is expanding internationally and brings in students, researchers, and practitioners from around the world, who may also carry out research at the ESRF, thus increasing its notoriety in the world.

The ESRF has a huge focus on worldwide partnerships as it is a necessary component of its success. While GIANT has received massive support from the French state for it to develop as an innovation campus. A recent example is that the French government selected Grenoble Alpes University for a new institute for Artificial Intelligence (AI), and will invest 18.5 million euros per year over 4 years. The ESRF will benefit from the increased local development of expertise in AI because it needs staff trained in this area for applications in X-ray data collection and analysis. Local collaboration within GIANT strengthens the ESRF’s experience and capabilities in areas overlapping with the CEA, such as microelectronics, battery materials and nanotechnologies. Overall gaining increased international recognition for the facility.

English is the language of the business world and it is becoming increasingly necessary to successfully collaborate with actors around Europe, let alone, the entire world. According to Gary Admans, Business Development Engineer at ESRF, the GIANT area is becoming international ahead of the rest of France. Its University (UGA), Engineering School (G-INP) and Business School (GEM) are all becoming international through teaching partnerships and student exchanges, and are gaining in world rankings.

Proposals for experiments at the ESRF are selected by external committees and selection is based on scientific merit. The facility is significantly over subscribed and only about 40% of proposals are selected. A challenge for the ESRF is to serve each of its member countries proportionately to the countries share of the institute. A system of fair return is applied so that experiments from all partners are selected, with a few experiments prioritized for countries that have underused their quotas.

Collaboration in the global sphere

In the past 20 years, the ESRF has seen considerable growth in the number of users and in its involvement across the globe. While their goal is to gain more recognition, produce more outputs that leave impact, and increase the number of users, they are not in it for competition. There is an emphasis on collaboration over competition. There are two other large synchrotrons around the world, APS located in the United States and SPring-8 in Japan. Representatives from these three facilities meet every 18 months to discuss advances in accelerators, define strategies for the future and to seek ideas where they can collaborate.

The ESRF aims to bring knowledge and creativity from around the world to Grenoble. They also strive to stay up to date with current technology and prepare for the unknown future. Their commitment to technological advancement shows in various ways. Right now the facility is closed to users while a new X-ray source, the synchrotron storage ring, is being installed. Following this upgrade, the ESRF will be the brightest source of hard X-rays in the world. The facility will open again for users in August 2020. The upgrade with will shape the advancement of technology for the upcoming years, making many existing techniques much faster and also permitting completely new experiments for its user. While the shutdown may be a loss for users in the short term, this is a sacrifice the ESRF was prepared to make in order to come back stronger than ever. The ESRF is a prime example of an organization promoting international cooperation. From its involvement with academic research in its partner nations to its involvement with companies from around the world for business innovation, ESRF brings the world to Grenoble to help create a thriving collaborative environment.