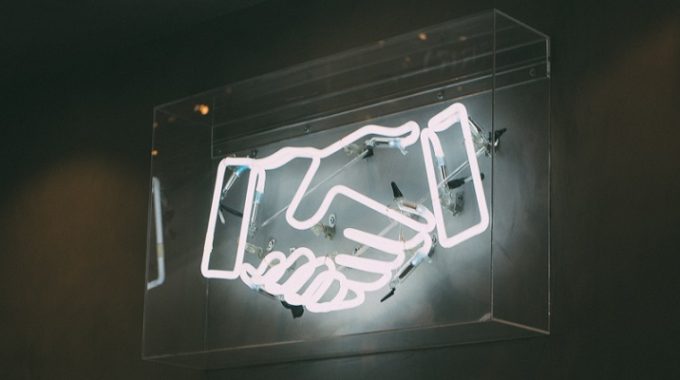 Around the world, governments and funding bodies are upping the pressure on universities to increase their commercialisation efforts. Whether it’s to generate a return on investment for public funding, or to secure new funding streams for research, universities are expected now more than ever to work with industry to license intellectual property (IP), launch spin-outs, and establish long-term strategic partnerships and knowledge exchange programs. Regardless of what sort of agreement is on the table, the negotiations between academia and industry can be long and complicated, and it often falls to the technology transfer office (TTO) at the university to handle these conversations.

With all of these expectations on universities, it’s unsurprising that a common question we receive from the 230+ institutions that use IN-PART is ‘how can we establish more university-industry partnerships?’.

From the initial introduction to new potential industry partners, through to making sure they get the most from positive and negative outcomes in a negotiation, we asked them how they successfully turn their leads into collaborators.

The start to many conversations between industry and academia, especially those initiated through IN-PART’s matchmaking platform, is when someone in a company’s research and development (R&D) or external innovation team reads a non-confidential summary of a new breakthrough and decides it’s worth taking the time to learn more about it.

Capturing the attention of the right person in the right company is a big challenge for universities. That’s why it’s essential that the project summary or technology disclosure effectively gets across all the relevant points in a clear and engaging way. A blog we published earlier this year on how to write an effective technology disclosure goes into this initial review stage in more detail.

After an R&D team has indicated that they’re interested in learning more, how do technology transfer offices capitalise on this interest? As with nurturing any relationship, clear communication is key to get things off on the right foot. Travis, Director of Innovation & Intellectual Property at Portland State University, outlined his approach, stating the importance of a prompt response, as well as getting to know who the company is and what exactly they’re looking for:

When we do get a positive response from someone who wants to talk, I get in touch with them almost immediately. Usually, I’ll send them a copy of the PDF with a little more context and try to do the due diligence on who the person is and why they might be interested.”

Doing the research to understand the company’s interest and position can then feed into the initial conversation between the company, the TTO and the university researchers. By filling in the researchers on what the company is looking for, Travis explained that it helps to build a rapport much more easily and moves the discussion forward much faster:

I do the best I can to help the faculty understand why the company might be interested, what they’re currently doing, is it going to be a new product, or are they just trying to improve something they’re already doing… I find that having that pre-conversation with the faculty really helps them to develop a rapport with the business contact more quickly. That way it’s less of the company having to do that education and you can just go faster.”

Mark, Senior Commercialization Manager at the Center for Research Innovation at Northeastern University, echoed Travis’ points about the importance of building trust and understanding the company’s outlook:

Our first step in forming a relationship with a company is to understand their needs and challenges. Once we have a clear picture of those, we can then determine how best to approach a potential partnership… Regardless of what shape the partnership takes, we believe strongly in building trust between the parties. This trust is critical on both the business side, as well as research/technology side.”

Why do some conversations break down?

Even if a conversation gets off to a good start, advancing the relationship and working towards an agreement that underwrites a collaboration can be a tricky process. Discussions can easily get derailed. We asked both universities about the common roadblocks that stop a collaboration moving forward and how they work to avoid them.

When it comes to avoiding conversations breaking down, Mark at Northeastern University said that his team diligently ensures that everyone involved is on the same page:

Without proper communication, it is easy for things to breakdown or stall. We try to take as collaborative and team-oriented an approach as possible, making sure that all parties are aware of actions, responsibilities, timelines, and so on. While some challenges are unavoidable, through effective communication and accountability, you can typically avoid large bottlenecks in the process.”

While it’s an obvious problem when one party in the conversation is slow to reply or doesn’t at all, Travis at Portland State University explained that hearing too much can also be a major issue for his university’s academics. Non-disclosure agreements (NDAs) are designed to help protect research secrets for both industry and academia, but sometimes either side may not want to proceed with an NDA if they think the confidential information that will be shared could compromise their own research:

Most of the time the biggest hurdle is if one of the sides, and it’s usually the company, is requesting an NDA. The companies sometimes want to describe their business process or a product they’re thinking about in some detail, and we don’t always want that information… Very often, NDAs have multiple-year confidentiality periods and there’s a real danger that the faculty might be blocked in publishing their work because it originally came from a business source that’s confidential, and that, of course, upsets their grant cycle, causing issues for some students who need to publish and move on to their next academic target… If a company is adamant about an NDA, we’ll often do one and just try to frame it as narrowly as possible.”

Assuming the conversation looks promising and potential roadblocks have been swerved, how do you decide what sort of agreement would be best for a particular project at that time? Both Mark and Travis agreed that this decision is usually guided by the industry partner based on their R&D strategy, capacity to invest time and resources, and whether they’re interested in just the intellectual property or a broader collaborative project or relationship.

Mark at Northeastern University outlined that:

We generally look to the company to determine what makes the most sense for them. In some cases, they are interested solely in a license of a patent or patents. In other cases, they may be interested in a license and/or funding research in a lab. As long as the partnership makes sense for all parties, we try to remain as flexible as possible.”

Travis at Portland State expanded on this sentiment, providing some context on what might inform the decision that a company makes when they come to make a decision about the type of partnership they want to pursue:

If we have a very broad, early patent, often we don’t know what to do with it yet. We’ll know it’s interesting, we know that there’s potential, maybe in several different large markets, but there’s a lot of unanswered questions… The company has to make this fuzzy logic decision between whether they have the resources internally to do something and go at the speed that makes sense for them, or if they want to partner with the university and pay the overhead that comes attached with that, and the IP questions that may arise out of that future work”

By maintaining flexibility and openness, a university can respond to the ideas and preferences that the company has about the partnership, making it much easier for both sides to come to an agreement.

Of course, not every conversation between a company and a university can lead to a successful partnership. What can be taken from a situation where an agreement can’t be reached?

Whether it’s due to an incompatibility with the technology itself or disagreements about NDAs and IP ownership, sometimes agreements can’t be reached. This isn’t necessarily a dead end, however. There’s still plenty of value that can be derived from keeping the conversation going.

When asked how they made the most out of a discussion with a potential industry partner once a deal was off the table, both Mark and Travis were quick to highlight the benefits of maintaining an ongoing relationship with the company – whether that’s setting up for an alternative agreement down the line, or learning how to improve and develop the innovation so it’s more attractive to the next company who comes looking:

While we are ultimately seeking to execute commercial agreements with industry, we recognize that a key part of achieving success is maintaining positive ongoing relationships. Deals are great and certainly they are the end goal, but we also see tremendous value in establishing ongoing relationships with companies, where we can continue to explore future opportunities to collaborate.”

Travis from Portland State added that not only can a positive outlook lead to an ongoing relationship with a company, it can also offer the academic behind the project valuable feedback to refocus their research and better align it to the requirements of industry:

We always try to keep things really positive and keep that good will. You never know when you’re going to have an opportunity with someone you’ve worked with in the past… What I try to do is, if the faculty member is involved in the phone call, to give them the opportunity to ask about the sector itself and let the business contact answer as much as they’re willing to. The faculty can use that opportunity to learn about what’s happening on the side of industry and think about how their research might relate to that.”

Sometimes feedback is incredibly helpful because the questions that they ask are things that we can bring back to the investigator and if they know the answer we can perhaps add that to the disclosure to make it more relevant or encourage them to find out the answer… As much as we would like to get a large licensing deal, it’s also about the long-term relationship, we do want to make sure the company continues to work with us if there’s a reason to after this project is over.”

Effective communication between all parties – the R&D team, technology transfer office, and lead academics – underpins a productive conversation. A quick response to requests from a company and getting a good understanding of their needs doesn’t just mean starting off on the front foot to the negotiation of an agreement, it’s also a proactive approach to ensure success in the long-term.